Cecil Calvert’s wife (2nd Baron Baltimore), Ann Arrundell, was born at Wardour Castle in 1615. Her father, Sir Thomas Arrundell, was granted the title County of the Holy Roman Empire by Rudolph II in December, 1595. This title caused him much trouble at home. His father was angry because the son now outranked him; the queen was peeved because he had accepted it and she had him placed under arrest. On May 4, 1605, King James I created the title Baron Arrundell of Wardour for him. The Arrundell’s were closely allied with the House of Tudor by marriage.

Ann was one of nine children born to Sir Thomas and the Lady Howard. Ann married Cecil Calvert, son and heir to George Calvert and Anne Myrine in the year 1628. She was barely 13 and Cecil was 18. Ann and Cecil had several children but only one lived, a son, whom they named Charles. Charles was born in London on August 27, 1629. At the time Cecil received the grant of Maryland and the title, Lord Baltimore, he and Ann had been married 3 years and were living at Ann’s home, Wardour Castle, Wiltshire, near Salisbury in the south of England.

Ann was sent many gifts from the Maryland Colony. One such item was a necklace of wampum from the Indian. She also received some trees known as Virginia Creeper and Hornbeam. (The Hornbeam, of the birch family, is a very hard wood and is used for ox yokes. It is said that dishes made from the Hornbeam last forever, neither leaking nor cracking.) Ann planted these trees around her home at Wardour. The castle was destroyed years later during a siege but the trees still stand around the ruins. Ann never came to the New World. She died July 23, 1649.

The exact cause of Ann’s death is unknown. The date of her death, July 23, 1649, has been deduced from marriage records in the parish registry in Tisbury. Perhaps she died in childbirth. Some say she bore a number of children but most agree that only one, Charles, survived.

In 1650, the General Assembly of the Maryland Colony named our county in her honor. 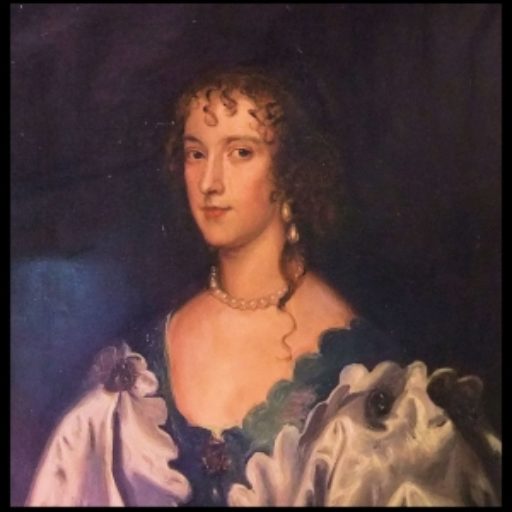